High performance liquid chromatography is used in almost every laboratory, including physical chemistry, organic chemistry, and biochemistry. Although the experiments performed vary from lab to lab, HPLC is the analytical technique most likely to be used in any experiment.

So what is the principle of HPLC measurement? In high-performance liquid chromatography, you need to understand the stationary phase, mobile phase, and detector. You can then separate the compounds or measure the concentration of the compounds.

HPLC is the most used method of chromatography, and we will explain the principles and concepts of how HPLC is used to measure compounds.

Chromatography Is a Method of Separating Substances

It is common for multiple substances to be mixed together in a solution. It would be nice if only a single compound were present, but this is often not the case. 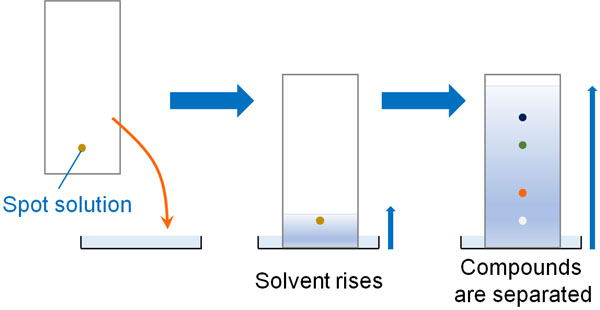 Similarly, HPLC separates substances by the movement of liquids.

Among these liquid chromatography methods, HPLC uses a pressure pump. You can wait patiently for the liquid to move by natural forces, but that would take a lot of time. A pressure pump is used to move the liquid quickly and save time.

The use of a pressure pump to save time is called high performance liquid chromatography. The following are HPLC instruments. 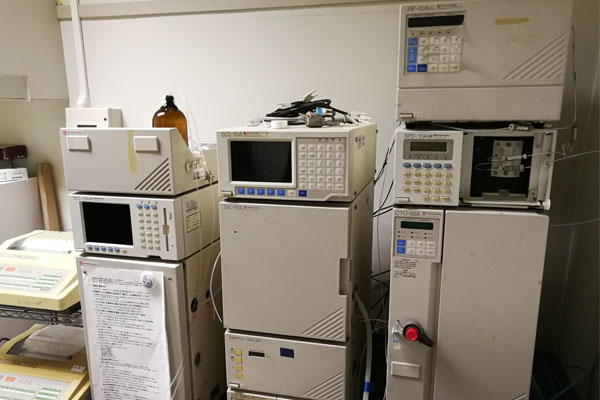 Depending on which column is used for HPLC, the substances that can be separated are different. In general, however, high-performance liquid chromatography uses reversed-phase chromatography.

In normal-phase chromatography, silica gel is used as the stationary phase. Silica gel has the following structure and is very polar. 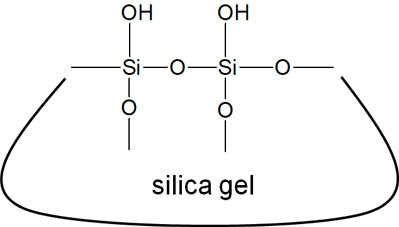 Octadecylsilyl groups (ODS: C18H37Si) are bonded to the hydroxy groups (-OH) of the silica gel, and this column is called an ODS column.

Water and oil do not mix with each other. This is because their properties are completely different. This difference in properties is utilized in chromatography.

Depending on how fat-soluble the compound is, the speed at which it moves through the ODS column will vary. Reversed-phase chromatography focuses on the degree of polarity and fat solubility.

If you run a protein through a typical ODS column, it will just clog up. The protein will never be detected. Therefore, if you want to measure proteins by HPLC, you must use a special column.

Vary the Retention Time with the Mobile Phase Solvents of Acetonitrile, Methanol and Water

Water is added to these solvents to create the mobile phase.

Mix acetonitrile or methanol with water. The ratio of water to organic solvent depends on the nature of the experiment.

If the ratio of water is high, the organic substance will be less soluble in the mobile phase. As a result, the speed of movement through the column will be slower. On the other hand, if the concentration of acetonitrile or methanol is increased, the compounds adsorbed on the ODS column will be more soluble in the solvent and will move forward more easily.

The time it takes for a substance to be detected is called the retention time. It is important to understand that depending on what kind of mobile phase you are creating, the retention time for the target compound to be observed by HPLC will vary greatly.

-The Longer the Retention Time, the Higher the Separation Capacity

In this case, lower the percentage of organic solvent (acetonitrile or methanol) and increase the retention time. This will take longer for many experiments, but will make it easier to separate the compounds.

Alternatively, you can change the organic solvent you use. In some cases, changing from acetonitrile to methanol will result in a higher separation capacity.

Measuring Compounds with a Detector: Detection with an Absorbance Detector

Another feature of HPLC is the use of a detector. We mix water and organic solvent to make a mobile phase, and the solvent flows through it, and the detector is located at the end where the solvent comes out.

The detector to be used depends on the type of compound you want to measure. In general, however, an absorbance detector is used. Absorbance detectors are used to detect compounds that absorb UV or visible light between 190 and 900 nm.

For example, the following peaks appear. 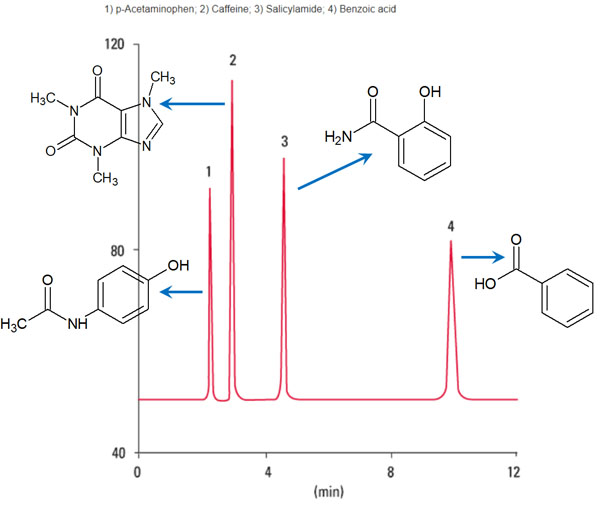 Although the retention time varies depending on the pump pressure, temperature, and solvent of the mobile phase, the peak is observed as a result of the absorption of UV light.

When the peak of a compound is observed, the target compound can be separated by collecting the solvent.

-The Stationary Phase Is Not Disposable and Needs to Be Cleaned

Note that the stationary phase is not disposable, and the column must be cleaned after the experiment is complete. Stopping the HPLC immediately after the target compound peak is detected will result in other impurities remaining in the column.

To prevent contamination, eliminate the compounds in the column, for example, by running a 50:50 methanol:water mobile phase for 20 minutes. In this way, organic matter and acids are removed, and the column is cleaned.

If the column is clogged by proteins or otherwise contaminated, a new column is better.

After Separation by HPLC, the Amount Contained Can Be Seen from the Calibration Curve

What we have described so far is the principle of HPLC. Because of these properties, the substances contained in it can be separated.

In some cases, unknown compounds may be measured instead of known compounds. In such cases, even if peaks are detected, it is impossible to know which peak is the target compound. Therefore, it is necessary to collect compounds for each peak and analyze them in more detail.

On the other hand, when examining known compounds, we can predict and separate the peaks of the target compounds simply by comparing retention times.

Also, the higher the amount of compound in the solution, the larger the peaks will be. To be more precise, the area value (integral value) becomes larger.

A calibration curve can be drawn by running a solution with different concentrations of a reference compound in advance to see how large an integrated value can be detected. By using such a calibration curve, the amount of compound contained can be measured from the peak area of the observed target compound. 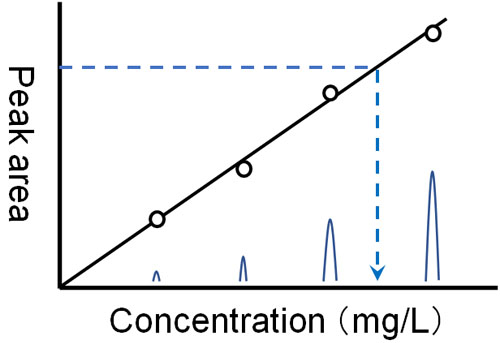 This means that HPLC can be used for the following.

HPLC is most often used for chromatography in scientific experiments because of its ability to perform these analyses and to separate compounds.

There Are Many Applications for Measuring Purity and Isolating Unknown Substances

HPLC is used in all types of laboratories. This is because it is used in so many situations.

For example, when you want to measure the purity of a compound, high performance liquid chromatography is used. If you dissolve a compound and do HPLC, you will be able to measure the compound contained in it. The higher the purity, the more only a peak of the reference substance will be observed.

On the other hand, if the purity is low, other peaks are observed in addition to the reference substance. By measuring the peak areas of the other substances, the purity of the compound can be determined.

Other uses include the isolation of unknown substances. For example, after a compound is administered to a mouse, the compound does not remain in its original state in the body, but reacts in the body to change its form, which is called metabolism. By taking a mouse blood sample and running HPLC, we can isolate the metabolized compounds.

Then, by measuring the molecular weight of the compounds and analyzing their structural formulae, we can find out what substances they have metabolized into and obtain research data.

Measuring purity and isolating unknown substances are completely different studies. However, the chromatography instrument utilized is HPLC, which has a very wide range of applications and consequently is the most frequently used chromatography.

HPLC has many advantages among chromatography and is used in many purposes. As a result, high performance liquid chromatography is being applied in every field, including medicine, food, and the environment.

HPLC can not only qualify a target compound, but also quantify it; HPLC can measure the concentration of substances in a solution, and it can also separate them.

However, to use HPLC, it is necessary to understand the principles of HPLC before using it. The understanding of the nature of HPLC allows us to determine the solvent for the mobile phase. By drawing a calibration curve, the concentration of a compound can be calculated from the area value. In order to use an instrument, you must learn its features as well as its advantages and disadvantages.

It is important to learn the concepts of HPLC because it is used in a wide range of laboratories. Here, we have described the principles of HPLC. Once you understand these features, you will be able to use high performance liquid chromatography.