Essential knowledge in organic chemistry is resonance. Molecules can write a resonance structure if there is a double or triple bond. Electrons don’t stay in one place; they move around in many places. As a result, a single molecule can have various structural formulas.

When learning about resonance, some people may have the image of electrons moving incessantly. However, resonance is not such a concept.

One of the first concepts in organic chemistry that all people learn about is resonance. However, many people don’t understand the concept of resonance and how to write it, and as a result, they dislike organic chemistry in college.

Once you learn the resonance structure, you will be able to understand the concepts of molecular stabilization and acidity. In this section, we will explain the principles of resonance.

Ozone and Benzene Cannot Be Explained By the Lewis Structure

The following are the Kekule and Lewis structures.

In actual organic chemistry, the Kekule structure and the Lewis structure are used in combination.

However, there are some situations that do not make sense when written in a Lewis structure. Commonly used examples include ozone (O3), benzene, and nitrate ion (NO3–). The structural formula for each is as follows.

For example, let’s look at the ozone. In ozone, there is a single bond and a double bond in the molecule. If this structure is correct, the bonding strength should be stronger at the double bond. In reality, however, the strength of the bonds in ozone is the same for the single and double bonds. 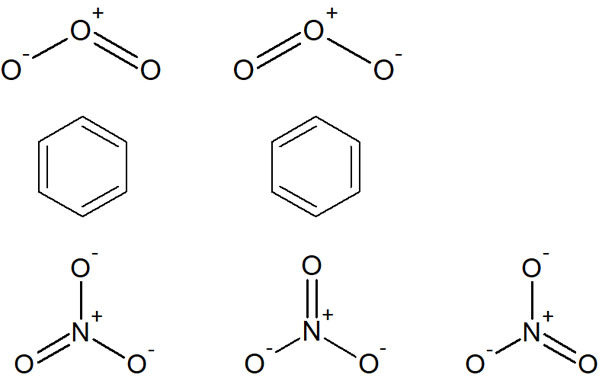 Due to Delocalization, Electrons Are Spread Throughout the Molecule

To resolve this inconsistency, we use resonance structures. By writing the movement of electrons, we can write multiple structural formulas. For example, in ozone, we have the following.

You can write resonance structures by describing the movement of an unshared electron pair (lone pair). This allows us to understand that there are several structural formulas that are mixed together.

-Resonance Is Not the Movement of Electrons One After Another

It is important to note that resonance does not mean that electrons are moving one after another in the molecule. In writing the resonance structures, the arrows are utilized to describe the movement of electrons. Therefore, some people think that the electrons are constantly moving through the molecule, and the structural formula is changing.

Therefore, in ozone, the following is the correct structural formula.

This is called the delocalization of electrons. Electrons don’t have to stay in one place; they can be found everywhere in the molecule.

The More Resonance Structures You Can Write, the More Stable the Electrons Become

On the other hand, if we can write several structural formulas using resonance structures, then the range in which the electrons can exist becomes larger. Delocalization allows electrons to move freely within the molecule instead of being confined to a small area.

We are taught that if we can write resonance structures, the electrons become more stable, but we rarely have a chance to think about the reason. Normally, we would have to explain the reason for electron stabilization using difficult mathematical formulas, but this would make the explanation very difficult. Therefore, only physics students who are interested in quantum mechanics should try to figure out the reasons while solving the equations.

The Presence of a Double Bond (pi Bond) Causes Resonance

How does resonance occur? Roughly, consider that you can write resonance structures when there is a double bond.

In molecular bonding, the s and p orbitals are involved in the bond. In the case of a single bond (σ-bond), it is not possible to write a resonance structure. On the other hand, if there is a pi bond as a double or triple bond, resonance structures can be written.

Ozone, benzene, and nitric acid all have one thing in common. They all have a double bond in their molecules. Let’s think of it as having a double bond or a triple bond that allows us to draw resonance structures.

The Octet Rule Contributes to a Stable Structure

The stability of an atom with eight electrons is called the octet rule. In particular, carbon, nitrogen, oxygen, and fluorine atoms must satisfy the octet rule.

For example, if the electrons are free to move, we can write the following resonance structure.

In other words, this type of resonance almost never occurs. Even if there is a double bond (pi bond), it does not always resonate.

On the other hand, if resonance structures can be written to satisfy the octet rule, the electrons are delocalized. Such resonances can be said to make a significant contribution to structural stabilization.

What makes a molecule resonate? Is there a way to find it? We mentioned above that the presence of π-bonds (double or triple bonds) is a prerequisite for resonance. In addition, it is easy to find resonance when the following conditions are met.

If you can write resonance structures, in many cases, there is an oxygen atom (O) or a nitrogen atom (N) in the molecule. These atoms have unshared electron pairs and can make double bonds. They can also be positively or negatively charged. Since they can change their properties, they can easily become the starting point for resonance.

The following is the resonance structure of aniline.

In this way, we can draw resonance structures in aniline. Starting from the electrons of the nitrogen atom, multiple resonances can be drawn using the conjugated structure of the aromatic ring (benzene ring).

Of course, even without the conjugated structure, there are cases where multiple resonances can be drawn, such as nitrate ions (NO3–) and carbonate ions (CO32-). But in any case, you can write resonances, starting from an oxygen or nitrogen atom, and using double or triple bonds.

Resonances Stabilize Molecules and Are Related to Acidity and Basicity

What can we learn by writing these resonances? As we explained earlier, the more resonance structures we can write, the more delocalization of the molecule occurs, and the more stable the molecule becomes. Although the octet rule needs to be satisfied, the wide distribution of electrons allows the molecule to exist in a stable state.

This plays a role in the acidity and basicity of the molecule.

For example, a hydroxy group (-OH) is a neutral molecule. It is neither acidic nor basic. Phenol, on the other hand, is known to be an acidic molecule. 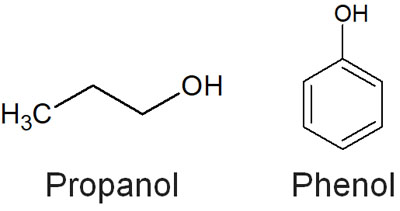 For phenol, which has -OH bonded to the benzene ring, why is it not neutral like the hydroxy group bonded to the alkyl chain? In phenol, the resonance structures can be written by ionization. It is as follows.

The fact that a compound is stabilized by resonance is related to its acidity. In high school chemistry, we just learn that phenol is acidic, but we don’t understand why. So if you learn about resonance, you will be able to understand why phenol is acidic while the hydroxy group (-OH) attached to the alkyl chain is neutral.

Resonant Structures Are the Basis of Organic Chemistry

A concept that is basic but difficult to understand is resonance. When first learning about resonance, many people wonder why electrons move on their own. As a result, we lose our understanding of organic chemistry.

In some cases, such as ozone, there are several structures that exist in more than one. So by writing resonance structures, we need to understand that there are multiple molecules mixed together. By writing resonances, we can show that the electrons are not constantly moving one after another, but that they exist in a wide range.

In general, however, you need to write the resonances in such a way that they satisfy the octet rule. If you understand this rule and focus on the pi bonds (double and triple bonds) and the oxygen and nitrogen atoms, you will be able to distinguish whether or not you can draw resonance structures.