When studying chemistry in college, one thing that many people do not understand is the σ bond (sigma bond) and the π bond (pi bond). Because we don’t understand the meaning of these two bonds, we cannot understand what the professor is talking about in the lecture.

Essentially, the concept of σ-bonds and π-bonds is very simple. The only difference is that when two substances bond, they are either tightly or loosely attached to each other. Once you learn this concept, you will be able to understand σ-bonds and π-bonds.

In this section, we will explain the differences, properties and characteristics of the σ bond and π bond.

What image do you have in mind when you understand the double bond of a compound? The majority of people who have taught high school chemistry, including when assembling a model of a molecule, have the following image of a bond.

Forget about this molecular image. As long as you have this image in your mind, you will not be able to understand the sigma and pi bonds in chemistry.

When atoms bond, they need to give their own hand. An atom’s hand refers to its electron orbitals.

Each atom or molecule has orbitals. These orbitals are called s orbital and p orbital. If we focus on the single-bonded carbon atom, the carbon atom has one s-orbital and three p-orbitals, which means that there are four hands. In other words, a carbon atom can be bonded in four places.

In the case of sp3 hybrid orbitals, there are hands in various directions. The four hands are not free to move, and they are pointing in different directions.

Electrons have a negative charge. Therefore, each hand repels the other, resulting in each hand pointing in a different direction.

However, it becomes complicated with words like s orbital, p orbital, and sp3 hybridization. So at first, let’s just understand that a carbon atom has four hands, and can bond with other atoms and molecules.

Carbon atoms can bond with other atoms and molecules using their four hands. So how does a carbon atom bond with another atom or molecule in a single bond (bond to one place)? Naturally, the atom chooses the easiest way. The atom puts its hand out to its partner and makes a single bond.

This is the sigma bond.

Since the handshake is so strong, the bonds between the molecules are not easily broken and they do not separate. The σ-bond has high binding energy, and the bonds between atoms are very strong. When electron orbitals overlap with each other, they create a σ-bond. 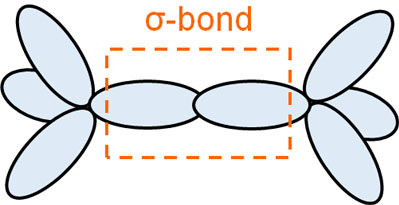 It may seem obvious, but without understanding this fact, you can’t understand π-bonds.

In any case, a σ-bond is a state in which an atom can connect hands with other atoms without difficulty. Among the covalent bonds, the σ-bond has very strong bonding energy, and the state is stable. This is because they can reach out and bond strongly with their partner.

Single σ-Bond Can Be Rotated: the Example of Ethane

If the molecule is made up of only σ-bonds (sigma bonds), it is a single bond; the C-C and C-H bonds are single bonds and are connected by only one hand. 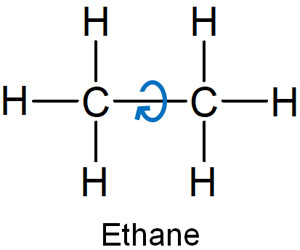 When carbon atoms bond with other atoms or molecules, the first bond is always a sigma bond. Any single bond is a sigma bond and is a very strong bond.

Ethane is known for its low reactivity. In order for an organic compound to react to form another compound, the bond must be broken. However, the σ-bond has strong binding energy, and the molecules are strongly bonded together, making it difficult for organic compounds to react with each other.

The reason why ethane does not react in organic chemical reactions unless very strong energy is applied to it is that it is composed entirely of single bonds (σ bonds).

π-Bonds (pi-Bonds) Are loosely coupled to the Bond Axis

On the other hand, covalent bonds include not only σ bonds but also π bonds (pi bonds). Even though they are the same covalent bond, there are different types; σ bonds and π bonds must be considered separately.

We have just discussed single bonds. You can recognize a single bond as a σ bond. On the other hand, there are some organic compounds that have double or triple bonds. In addition to single bonds, compounds with double and triple bonds will also have pi bonds.

It is important to understand that compounds with double and triple bonds have π-bonds. 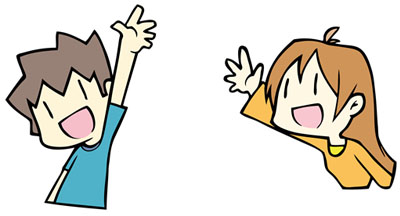 When carbon atoms bond with other molecules and hold hands, as mentioned above, the first bond is always a sigma bond. But what if the molecule makes a double or triple bond instead of a single bond?

As explained in the sp3 hybridization, the four hands coming out of the carbon are in different directions. They can’t move their arms freely like humans, and the direction in which they can reach out is already fixed. So the position of the arms is fixed.

When making a double bond, the atom must somehow reach out and shake the other atom’s hand in this state. In other words, the atoms must somehow bond together with their arms stretched upward. As a result, the electrons bond as follows.

A π-bond is a state in which the atoms put out their hands perpendicular to the bond axis and then do their best to bond. The reason why the atoms cannot reach out to other atoms like the σ bond is that, as already mentioned, they cannot move their arms freely like a human being. The location of the arm is fixed.

Because the atoms hold their hands in a bad position, the π bond is weaker than the σ bond. This means that the binding energy is low, and the hand cannot be gripped strongly. In a double bond, there is one σ bond and one π bond.

On the other hand, what about the triple bond? In a triple bond, atoms are bound to each other by two π bonds as well as a σ bond.

The same is true for reaching out to the side with respect to the axis of the σ bond. From this state, the atoms do their best to reach out and try to hold their hands. In a triple bond, there is one σ bond and two π bonds.

Highly Reactive Double- and Triple-Bonded of π-Bonds: Examples of Ethylene and Acetylene

Molecules are strongly bonded to each other, and the bond energy is strong in σ bonds. On the other hand, π bonds (pi bonds) are not strongly bonded, and have a weak hand holding force. Therefore, they are more reactive in organic synthesis.

When organic compounds react with each other, the following process takes place.

The bond must be broken. However, since the σ-bond is a strong bond, it cannot be broken easily. We mentioned earlier that ethane, which consists of only single bonds, is not reactive because all the bonds are σ-bonds.

On the other hand, π-bonds are loosely bonded to each other, and because the bond energy of π-bonds is low, a small amount of energy is enough to break the bond and allow the compounds to react with each other.

When explaining π-bonds, ethylene (ethene) and acetylene are often used. Ethane is a compound with only single bonds. Ethylene (ethene), on the other hand, has a double bond. Acetylene has a triple bond.

Even though single bond compounds are stable, double and triple bonds tend to be unstable. This is because among covalent bonds, the pi bond is not a strong bond.

Not All pi Bonds, Such As Benzene Rings and Carbon Dioxide, Are Weak Bonds

In general, you can think of π bonds as weak bonds. The presence of double or triple bonds makes them more reactive. 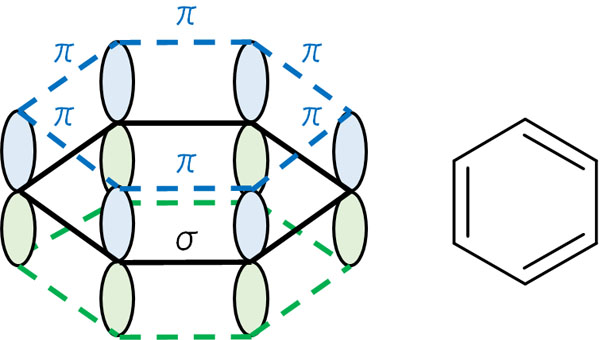 However, in benzene, the electrons are present in every part of the benzene ring, and the structure is stable. Therefore, it is not as reactive as ethylene and acetylene.

Also, carbon dioxide has the structure O=C=O. Because of the double bond, it is a molecule that has π bonds as well as σ bonds. However, carbon dioxide is a stable molecule, and it takes a lot of energy to make carbon dioxide react chemically.

When molecules bond, they are often linked together by covalent bonds. There are two types of these covalent bonds, σ bonds (sigma bonds) and π bonds (pi bonds).

Any atom will initially make a σ-bond by overlapping electron orbitals. Whenever you shake hands with someone, you offer your hand to them. There is no other choice, and this is the same for molecular bonds. Any single bond is a sigma bond.

On the other hand, when it comes to making double or triple bonds, it’s a lot harder. Unlike humans, the hands of an atom cannot move their arms freely. Therefore, they must stretch their arms perpendicular to the bond axis and do their best to hold their hands together. As a result, the bond is weaker than the σ bond. This is a π bond, and ethylene and acetylene are frequently used as examples.

In this section, we have explained the σ-bond and π-bond. Let’s understand that there are different types of covalent bonds and learn the characteristics of σ and π bonds.